A flying ant infestation can feel like an alien invasion in your home. Ants do not always fly, and a lot of people don’t realize they can until they have an issue with them in their home, so they can be a surprising and unpleasant sight.

While you might think you have some superhuman breed of ant that has suddenly taken over your home, flying ants are not separate species or a variety of ant. Nearly all ant species (family Formicidae) produce flying ants at certain times of the year. These special ants are called alates and they serve a few important biological functions.

One of the fastest ways to swat down flying ants is with an electric bug zapper racket, but keep reading to learn more about how to get rid of flying ants and the strategies that are effective!

What is the biological purpose of flying ants?

Ants are eusocial insects, which means they live in a large, cooperative colony. Ants do not think as individuals the same way that people do, so when the colony has needs that must be met, the ants collectively spring into action. One name for this behavior is “swarm intelligence.”

When swarming season hits, usually in spring or fall, the colony produces winged ants to find a place to start another colony and to mate. Winged ants are reproductively mature ants, so they are mostly male (drones), but the colony will also produce reproductive females (queens) to mate with the males.

When the time comes to swarm, the first priority for the ants is mating. The initial swarm is sometimes called the nuptial flight, or even “flying ant day” in some places because swarms tend to be highly active for only a short period of time.

Once the ants have mated, they will seek a new place to start a colony. The queen’s wings fall off as she gets ready to do her job of laying eggs, and the drones eventually die having fulfilled their purpose. This is how most ants (and other eusocial insects like bees and termites) produce new colonies.

While swarms are most common in spring or fall (though sometimes may occur during the height of summer), a swarm indoors may not be confined to those months because insects often swarm in response to temperature, and we keep our homes much warmer than outside.

Unfortunately, if you see a swarm of ants inside your home, this almost guarantees that you have a full-scale colony because ants rarely travel as a full swarm from outside to inside (though individual ants may make it through doors and windows).

However, ant swarms can be dealt with, and we are here to show you how. In most cases, the swarm itself is not the biggest problem. But seeing an ant swarm in your house is likely a sign of more ants elsewhere that need to be dealt with.

Step 1: Confirm you have flying ants

Your first step should definitely be making sure you actually have flying ants, because flying ants are easily confused with flying termites (which are a much bigger problem in your home!). While both flying ants and termites have four wings, there are a few differences that can help you spot them pretty easily:

Other insects that are relatives of ants may also be confused for flying ants, like wasps and sawflies. However, this confusion is only likely for spotting individual ants, not whole swarms, because wasps and sawflies do not form swarms.

Step 2: Kill what you can

The good news is that most of those annoying flying ants are doomed to die shortly. Drone ants do not live very long because their only purpose is to mate. And unless your home is very large, queen ants are unlikely to establish a second colony in the same house.

So the swarm itself is largely harmless. But they are still a nuisance, and there is always the small chance they may succeed in making a second colony, so it’s a good idea to kill whatever you can.

Sucking the flying ants up in a vacuum will get them out of your home. The vacuum itself does not kill them, however, so you should remove the vacuum bag from your house and wait a few days to empty it to let whatever ants are inside die on their own. 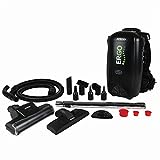 A bug zapper may also be of use for killing the last stragglers, but is not the best strategy for killing whole swarms because they work slowly and are mostly only effective at night. By the time your bug zapper has done its job, the ants would have been dead anyway.

Pesticides are not recommended for this step, since the ants will eventually die on their own.

Step 3: Kill the Source of Ants

The real issue with spotting an ant swarm is that it tells you there are other ants already living in the house. Thankfully, unlike termites, ants are more of a nuisance than a major source of damage, though certain ant species like carpenter ants can cause (or more likely make worse) some damage in the home.

Recall that flying ants are not a species of ant, so you can get flying ants of most varieties. There are several types of ant that infest homes, some of the most common being odorous house ants, which can be identified by their strange smell when killed, and carpenter ants, which can be spotted by their unusually large size. We have a full guide on getting rid of black house ants that you should check out to start with as that’s your most common scenario.

Some of the places to look for an ant colony once you know you have one are:

If you are lucky enough to find the ant colony easily, you can spray it with an insecticidal spray designed for indoor use with ants. It’s a good idea to double-team the colony with the vacuum as well. 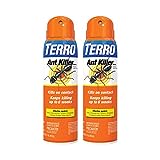 For a smaller infestation, another strategy is to make a DIY borax ant killer (the active ingredient in many ant sprays that is very toxic to ants but harmless to humans). Placing some of this close to the nest will cause the ants to accidentally poison themselves with borax by eating the sugar.

If you kill the colony yourself, it’s especially important to kill the queen. She will look similar to the other ants but will be significantly larger. If you don’t kill the queen, the colony may recover from your attempted extermination. This is why killing only you ants you see does not work in the long term.

Step 4: Know When to Call In the Pros

Unfortunately, many of the ant infestations large enough to swarm are also unlikely to be found out in the open in your house. Ants love to live inside walls, behind tiles, underneath paneling, and almost any nook and cranny they can get into.

If you are struggling to find the source of the infestation in your house, it may be hidden somewhere inaccessible. In this case, it is time to concede defeat and call a pest control specialist to evaluate your situation.

It’s difficult to prevent ants from never entering your home, especially if you live in a wooded area with lots of insects. However, the most important thing is to stop ants from setting up shop long term. Here are some tips to prevent the ant infestations that may lead to a swarm.

Thankfully, flying ants are not the worst pest problem to have by any stretch of the imagination. Ants don’t cause a lot of damage, and most of the flying ants die on their own anyway. Even if flying ants usually mean more ants are hiding, some of the tips in this article can help you get rid of any ants in your home – flying or otherwise.

Where do flying ants come from?

Flying ants are just the reproductively active version of regular old ants. The wings help males (drones) and females (queens) leave their old nest quickly and mate in the air. Then the queen goes off and finds a new place to make a colony.

What time of year do flying ants appear?

This varies by species, but in general flying ants will appear for very short bursts during the early spring to summer, up through the fall in some cases. In the home, swarms of ants may appear in the winter, since they swarm in partial response to temperature and it’s warm inside. In fact, seeing a flying ant in the winter is a sure sign that there is a home infestation, since ants are not active outdoors in the winter.

Do flying ants bite or sting?

This depends on the species of ant. Ants that bite may still bite in their winged form. Ants that sting like fire ants are highly unlikely to sting in their winged form, because most of them are male ants, who do not have stingers (this is true of bees and wasps as well). In general, swarming insects are very vulnerable because they do not have a colony, so they aren’t aggressive. If dealing with fire ants, read about how to get rid of fire ants.

Do flying ants damage the home?

The flying ants themselves are actually completely harmless. Their only job is to mate and find a new place to nest. However, ants in general (and recall that a swarm of ants in your home means you have a colony) can cause occasional damage, though much less than other pests like termites. Carpenter ants can cause wood damage over time because they burrow through wood to build their nests. However, since they do not need to eat wood (unlike termites), the damage is slow.

How long do flying ants keep their wings?

Not long. Most swarms only last about 1-2 days. The male ants die soon after mating, and females lose their wings once they have mated and they establish a new colony.

Flying ants are attracted to the same things that regular ants are – namely sugar and food. No amount of sugar is likely to attract an entire swarm of ants to your home, so if you see many flying ants in your home, they likely came from inside.
Flying ants are sometimes attracted to light as well, but this is true for most insects. This is because insects use natural lights like the sun and the moon to orient themselves, so artificial light confuses them.