Ultrasonic pest repellers sound like an amazing tool that makes pest control a breeze. The instructions are to simply plug it into an outlet and the device will emit ultrasonic frequencies in the 20KHz-65KHz range which irritate pests’ auditory systems while remaining inaudible to humans and pets.

Is this too good to be true? Can ultrasonic pest repellers work enough that you don’t need to bother with chemicals and pesticides to keep your home pest-free?

Keep reading to see why you should stay away from these devices as they aren’t proven to work at all.

There’s a lot of claims out there on these pest repeller product pages, and some Amazon listings even have 4+ star review averages.

Most manufacturers claims that the ultrasonic repeller works on mice, cockroaches, mosquitoes, flies, bed bugs, spiders, ants, and more. Luckily for us, we don’t have to take the manufacturers word for it.

One study done in 1983 looked to see if ultrasonic frequencies affected which boxes German Cockroaches decided to live in. Each box was divided into two sides, and each side had ample food and water. One side of the box had a small speaker that would emit ultrasonic waves while the other did not. After several days of testing 7 different frequencies the study found that cockroaches showed no signs of being repelled by the ultrasonic waves.

Journal of the Kansas Entomological Society

A second study published in the Journal of Economic Entomology in 1984 set out to see if German cockroaches were affected by ultrasonic frequencies. In this study, they found that an ultrasonic device did increase cockroach activity and cockroaches seemed to prefer the area without the ultrasonic speaker.

So far, mixed results! Let’s keep digging and see what else we can find.

A few months after the previously discussed article was published, a follow-up article was published in the same journal with some of the same authors. This time they looked at commercial available ultrasonic pest control devices to see if the devices themselves matched the manufacturer’s claims and were effective.

Results indicated that the devices fell short of the manufacturer claims in both intensity of output and frequency regions of maximum energy. A single thickness (0.30 cm) of cardboard attenuated the output by ca. 70 dB. In these tests, ultrasound neither controlled nor repelled test insects nor increased their susceptibility to chlorpyrifos [a pesticide].

But wait, we have a few more studies!

A more recent study done in 2006 tested 3 commercial ultrasonic repellers and found that none of the three devices had a repellent effect on German cockroaches when placed in a plexiglass box with the roaches.

Ultrasound from any of the three devices did not demonstrate sufficient repelling ability against the German cockroach in the tests. The result failed to provide evidence that ultrasonic technology could be used as an effective pest management tool to repel or eliminate the German cockroach.

After reading through all of the research, we can safely conclude that ultrasonic pest repellers have no evidence of being an effective repellent of roaches. What does work, is this Advion cockroach gel bait:

You may be more willing to believe that an ultrasonic repeller could have an impact on flying insects such as mosquitoes. Let’s look into the research around these bugs.

One study done in 2007 found that ultrasonic frequencies between 20-100 kHz had no repellent effects on both mosquitoes and cockroaches.

Ultrasound from the random ultrasonic device failed to repel mosquitoes and German cockroaches at the different frequency ranges evaluated. Our results confirm previous findings with commercial devices producing constant sound patterns that ultrasound in general is not a promising tool for repelling mosquitoes and cockroaches.

Another study done in 1985 tested 5 different devices that emitted frequencies in the 20-70 kHz range to see if they had a repellent effect on 4 different species of mosquitoes. They found no evidence of repellent effects.

For all species there was no significant difference between the numbers trapped when the devices were switched on or off, when all devices were tested simultaneously.

For good measure let’s look at one more study, this one published in 1984. This study looked for evidence of a repellent effect for cockroaches and mosquito bites.

The UD’s [ultrasonic devices] were ineffective in eliminating or repelling the insects and one of the devices gave off sound radiation which could be potentially harmful.

Journal of Environmental Science and Health

It looks like the evidence is clear, ultrasonic pest repellers do not work against mosquitoes. If you’re looking to repel mosquitoes, go with the typical DEET spray which is recommended by the CDC. Or, if you’re looking to repel an outdoor area such as a patio, we like the Thermacell Repellent. It has no scent and kind of works like a battery-operated citronella candle. 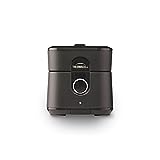 How about those pesky bed bugs? Bed bugs are notoriously hard to get rid of, so could an ultrasonic repeller be a tool to help?

There isn’t as much study done on bed bugs and ultrasonic devices, likely because bed bugs aren’t known to communicate with frequencies. They are thought to use pheromones to communicate.

We did find one study that looked at ultrasonic devices and bed bugs. Let’s check out what it says. Published in 2012, this study tested four different commercial ultrasonic devices. It found no repellent effects against bed bugs.

We found that female bed bugs were equally likely to occur in arenas with or without sound produced by ultrasonic devices. These devices did not repel or attract bed bugs during choice trials

There you have it, there is no evidence that ultrasonic pest repellers work on bed bugs. The BEST option for bed bugs is a residual product such as Cimexa Dust.

Do Ultrasonic Pest Repellers Work on Fleas and Ticks?

Some ultrasonic products are sold as outdoor devices with the intent to keep fleas and ticks out of your yard. Some companies even make ultrasonic devices that strap onto your pet’s collar which is supposed to ward the pests away.

Does it work though?

Two ultrasonic pest controllers, a pet-collar unit and a large unit for household use, were tested for their efficacy in repelling fleas and ticks in a choice chamber. Neither unit had any affect on the distribution of fleas or ticks in the choice chamber up to 24 h exposure, and activity of fleas, ticks and cockroaches was unimpaired

At this point if you’re like me, you’re wondering if there are ANY use cases for these pest repeller devices. The science around the effectiveness of ultrasonic devices repelling mammals such as mice, cats, and bats is a bit more muddy.

Some studies showed promise in repelling rats such as this one in 2018, but that used more of a custom setup and not a commercially available device.

Another study showed that ultrasonic devices were able to repel bats from windmills, but that too was using a custom solution that isn’t commercially available.

Cats showed some positive results to being deterred from a commercial solution called Catwatch.

An Australian study showed that a commercially available ultrasonic kangaroo deterrent was not effective.

Here’s a video of a commercial pest repeller plugged in and mice around it. See how they react (or don’t)?

According to all the research, ultrasonic pest repellers are completely ineffective against insects.

There is some hope for ultrasonic devices that can deter rodents, but I haven’t found any with scientific backing that are commercial available. A lot of promising research is being done for repelling mammals, but the idea of a “one device repels all” solution seems incredibly unlikely.

I recommend you save your money and skip the ultrasonic pest repellers. There is no real evidence that they’re effective from keeping pests out.