Mosquitoes: We all hate them, but we all have to deal with them all over the continent. These flying menaces cause millions of deaths each year from diseases, and they’re also a royal nuisance with their constant buzzing and itchy bites.

Mosquitoes are very opportunistic breeders. They lay their eggs in standing water that collects in places like rain barrels, gutters, bird baths, and old tires. Mosquitoes require so little water to reproduce that even small puddles can be home to a batch of young mosquitoes.

They breed fast too. Mosquitoes produce anywhere from 50-500 eggs in their first brood and can have up to ten broods in their lifetime. It takes about two weeks for eggs to hatch and fully develop into adults, which can mean hundreds of mosquitoes pouring out of your birdbath less in less than a month. Yikes! 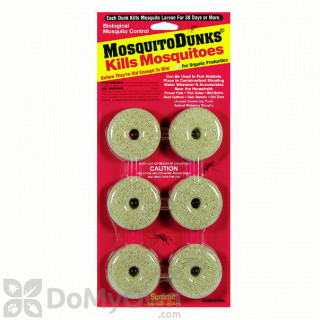 Bactimos Mosquito Dunks offers a safe and non-toxic way of controlling mosquitoes, making them one of the best mosquito control product today.

Thankfully, mosquito larvae are a lot easier to control than those buzzing adults, and we are here to tell you how. This article lists some of the best ways to kill mosquito larvae to stop these bloodsuckers before they become a problem.

How and Why Do Mosquitoes Breed in Standing Water?

Mosquitoes likely evolved to breed in standing water because this water is safe from other predators. Most other animals like fish either live in moving water or deeper water. So in the wild, mosquitoes often breed in shallow parts of marshes and ponds.

1-3 days after eggs are laid, the larvae hatch. They look like small wriggling worms on the surface (fun fact: some people call them “wrigglers”).

The mosquito larvae live happily beneath the surface of the water, eating whatever algae and microorganisms they can find. They don’t have gills, but they breathe through a sort of anatomical “snorkel” called a siphon.

In 7-10 days, the mosquito larvae turn into pupa. These are a bit larger and have a slightly different shape – almost like a tadpole. They don’t feed during this phase and also move less. They mostly just float below the surface waiting to emerge, which takes about 1-3 days.

The good news is that there is about a two-week window from a mosquito laying eggs to when the new mosquitoes start to become a problem, so if you see wrigglers, it’s not too late!

This is the easiest way to kill mosquito larvae, but it’s not always possible if you’re dealing with larger or harder-to-reach bodies of water. Mosquito larvae won’t survive outside of the water. While they won’t suffocate on land like a fish, they also won’t have any way to find food. They either starve, get eaten by a predator, or dry out. Pupae usually don’t survive without water either, but since they also don’t feed, they occasionally pull through and emerge anyway.

Mosquito Dunk is the brand name of a product made by Summit Chemical Company. These little donut-looking tokens slowly release a bacterium called Bti to prevent larvae from surviving in water.

They also make fast-acting Mosquito Bits to kill larvae that are already there. This is one of the safest and most reliable ways to deal with young mosquitoes because Bti has no adverse effects on other animals or the environment, unlike pesticides.

Bactimos Mosquito Dunks offers a safe and non-toxic way of controlling mosquitoes, making them one of the best mosquito control product today.

Lots of different types of fish eat mosquito larvae. If the water you are treating has the space and resources to safely house fish, they are one of the best ways to keep mosquito larvae at bay because you don’t need any pesticides, it’s not harmful for the environment, and it saves you money on fish food!

This isn’t always possible, but it’s very effective. Mosquito larvae can only live in stagnant water. Even a small amount of motion is too much. This is a great method if you have any sort of decorative water like a fountain or a water feature in a garden. In these cases, a submersible pump or a waterfall can add enough motion to keep the mosquitoes away.

Oils in general like vegetable oil or olive oil can be a way to kill mosquito larvae because they coat the surface of the water, suffocating the larvae (recall that they don’t have gills). This method should never be used anywhere with fish or other living organisms, since it will harm them as well.

Cinnamon oil can also kill mosquito larvae, but in a different way. It has been shown to have pesticidal properties while also being safe for the environment. Plus, it smells great. 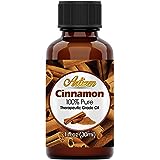 Apple cider vinegar is another natural, pesticide-free solution, but it’s not quite as good as cinnamon oil or Bti products. You need a high concentration (greater than 15% vinegar), and it takes up to a day to kill the larvae.

Soap is highly toxic to many animals, including mosquitoes. A small amount of dish soap (about a milliliter per gallon) in standing water will kill any larvae within a day. For extreme mosquito issues, hardware stores also sell special soaps that contain insecticides. No matter which soap you use, never use soap in a pond or other living environment.

The general rule of thumb with pesticides is that they are very effective but shouldn’t be your first line of defense if alternatives exist, but for an extreme mosquito problem, they may be just what you need. Mosquito bombs are the usual commercial formulation for larval pesticides and contain methoprene. Methoprene can also be bought in granule form.

Chlorine will certainly kill mosquito larvae, but it’s not the best method because bleach is so toxic to the environment and to other organisms. However, it will do the job for water that isn’t meant to be used by people or animals like a fountain. For anything involving animals or plants, keep bleach away!

How can I spot mosquito larvae?

Look for the “wrigglers.” They look a bit like semi-translucent worms. They are also easy to spot because they are constantly coming up to the surface to breathe.
Additionally, mosquito larvae can only be found in the water, since they cannot survive on land. So anything wriggling that you see on land is something else entirely.

Are these methods harmful for the environment?

This depends on the method! In general, anything that involves chemicals and pesticides (bleach, mosquito bombs, soap) will also be harmful for the environment, so consider that when making your choices. Many of the methods on this list involve natural materials and no pesticides at all!

What happens if my dog eats mosquito larvae?

Adult female mosquitos survive the winter by hiding out and going into a state called diapause (the insect equivalent of hibernation). Males don’t live as long, so they never survive long enough to make it to winter.

For larvae, it’s a bit more complicated. Some larvae can survive cold temperatures, and eggs oftentimes have to last through the winter, but they are unlikely to survive a sudden cold snap. So a spontaneous freeze or frost during mosquito season is bad news for the larvae, but good news for you.