Though summer is one of the best times of the year, nothing puts a damper on a day of summer fun like getting a ton of mosquito bites. Mosquitoes are small, blood-sucking flies in the Culicidae family, and their bites produce small, extremely itchy welts on the skin. But mosquitoes are not just inconvenient, they can also be dangerous. Mosquitoes carry diseases like West Nile virus, Zika virus, dengue fever, and malaria, a parasite that killed an estimated 409,000 people in 2019.

And while mosquito-transmitted diseases are not as big a problem in the U.S. as they are in more tropical countries, preventing mosquito bites is an essential part of keeping these numbers low. Mosquitoes can seem impossible to get rid of, but technological solutions like a mosquito fogger can help.

What Is a Mosquito Fogger?

A mosquito fogger is a device that’s designed to dispense very low volumes of pesticides into the air. The particles emitted by a fogger are only about 1-30 microns in size, making them small enough to remain suspended in the air for an extended period. While this might sound similar in theory to fumigation, it’s quite different in practice.

While fumigation is meant to deliver high concentrations of pesticides in extreme infestations, and can effectively dose an entire house, foggers deliver much lower concentration, and the fog produced by them cannot penetrate into cracks and crevices. These systems are also known as ULV (ultra-low volume) or ULD (ultra-low dose) machines. So they produce much lower amounts of pesticide meant for controlled application than a fumigation system.

In short – yes they do. Mosquito foggers are a staple of the pest control industry and have been since their invention in the 1940’s. But like any pest control solution, it’s important to know how it works and what the limitations are.

Mosquito foggers are great for flying insects like mosquitoes because the particles they dispense are so small that they hang in the air for a while, making contact with the pests and killing them. However, once the pesticide has been blown away, it’s all over. There is no residual killing effect from pesticides applied in this way.

So while this means that repeated applications may be necessary depending on the nature of the pest problem, foggers are far less intrusive than other air-based pest control methods. In fact, the fog produced by a fogger should be mostly invisible. Dense plumes usually indicate a massive overapplication.

What Are the Different Types of Mosquito Foggers?

These generate heat, usually powered by a butane cartridge or propane. You won’t see these in use much these days, being largely replaced by safer and easier-to-use cold foggers. However, they do show up in larger-area applications because warm fog can move several times faster than cold, making it much more efficient.

These are powered electrically, sometimes by batteries. Instead of using heat to produce fog, these systems use a rapidly spinning disc to break liquid pesticide into small particles, which are then blown into the air.

While these are not technically foggers, since they dispense larger particles in the range of 50-100 microns, they are an important strategy for mosquito control. The biggest difference between misters and foggers is that mister blowers aren’t meant to kill mosquitoes instantly.

Instead, they are used to dispense residual killing pesticides, which can be helpful for controlling outbreaks of mosquitoes on their resting grounds, such as the plants around the edge of your property and structures like walls and fences.

See my article on the best mosquito misting systems if you’re interested in learning more about this method.

When Should I Use a Mosquito Fogger?

Because there are no residual effects to the pesticides spread by foggers, timing is critical. Mosquitoes are most active around dawn and dusk during spring and summer. While applying at dusk can be successful, dawn tends to work better because the cool air doesn’t rise as fast, which helps the fog hang around longer and increases the chance the insects will run into it.

Since foggers target flying insects, you can use them wherever you notice mosquitoes flying around your lawn. However, the fumes produced by a fogger can be toxic, so be sure to wear a respirator and be judicious with your applications. It is neither safe nor practical to spray every square inch of your yard with a fogger (consider a mosquito yard spray), so focus on areas where they are particularly burdensome like patios or porches.

To help you sort through the hundreds of available products out there, we’ve sorted out some of the best mosquito foggers available to help you find the best product for you. 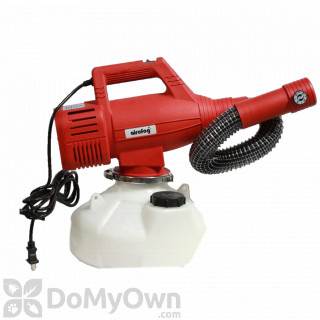 A dependable and powerful electric fogger that can speed up to 38,000 revolutions per minute (RPM)

This cold fogger system is plug-powered, so you’ll likely need an extension cord as well unless your yard is very small. But it’s a great all-around unit at a mid-range price. It also has a flexible stretch nozzle, allowing you to direct fog easily without having to wrangle the entire unit. 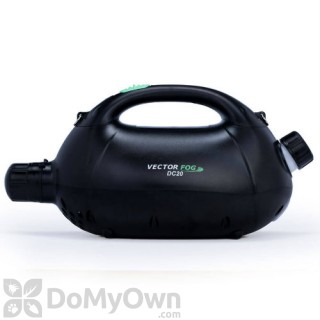 Vector Fog DC20 Cordless ULV Fogger is a cordless ULV fogger which is designed to make application much easier. Featuring the latest in battery technology, it produces up to 40 minutes of uninterrupted fogging time even with just three hours of charging period.

This ULV fogger is a bit more expensive than the Airofog ULV 120, but those extra few dollars are paying for a convenient, compact model that can be taken anywhere. It’s battery powered and completely cordless, making it great for taking on the road and treating areas where electricity is harder to come by.

The Commander Tri-Jet Fogger makes fogging and controlling humidity simple. Making use of the tornado action nozzle and adjustable valve (to control output) you can direct mist up to 30 feet in the direction of your choice.

This is a great unit for an individual who needs something for their home, especially since it can also be used without pesticides as a humidity control system. It’s the most affordable product on our list and it’s extremely compact, though unlike the Vector Fog DC20, it does need to be plugged in. 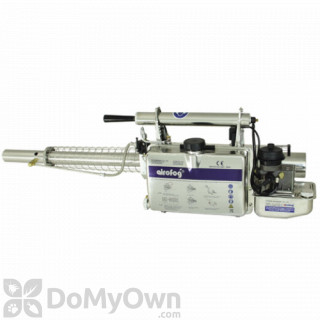 This is the most powerful unit on the list, but this power comes with a hefty price tag. However, the average user may not need this much power for their home. Unlike the other units on this list, this is a thermal fogger. These are not as convenient or safe to use since they require fuel to generate heat, but they also distribute fog much faster. That makes this unit great for larger-scale applications like warehouses, farms, or livestock buildings. 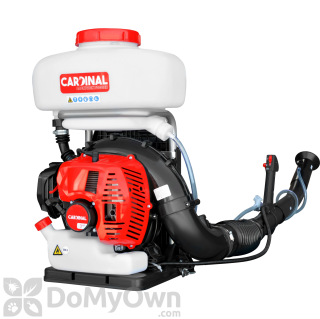 While this product isn’t technically a fogger, it could be a great investment for a first-time home owner who may have limited space. It can be used as a mister, a leaf blower, and a power-duster. However, since it’s not a true fogger, this product is best used for residual killing pesticides.

What Chemical Should I Use in My Fogger?

This can depend on what system you have. Some thermal foggers require an oil-based pesticide, in contrast to most other systems that will use water-based chemicals. Some systems, like the Vector Fog DC20, can use both.

After consulting the manual for your particular fogger, seek out chemicals that are labeled for ULV use, such as Stryker 5-25. These are specially formulated with a microemulsion of pesticides, allowing them to break down into the small particles that are characteristic of foggers. While other chemicals may go through the fogger, it will be much harder to predict their performance, and some may not work at all.

What Other Pests Will a Mosquito Fogger Kill?

Pesticides tend to be untargeted, meaning they will kill a variety of other pests, not just mosquitoes. However, this is another reason to be targeted and judicious with your pesticide use, as they may impact beneficial critters in your yard like ladybugs or spiders. Most important is follow the label on your pesticide and make sure it is ULV compatibl3.

Many of these pesticides have similar active ingredients. For example, Stryker 5-25 and Riptide 5.0% Pyrethrin ULV both contain pyrethrins, a general pesticide, and piperonyl butoxide, a compound that enhances the effect of pesticides. And the Riptide product is advertised to kill dozens of insects, not just mosquitoes. It even claims it can be applied to trees, plants, and home foundations, though it will require higher concentrations than for airborne fog. The pesticides can also be used on tall grass and wooded areas to treat for ticks.

What’s the most effective mosquito fogger?

This really depends on your needs. Any fogger that can get the appropriate-sized droplets out will be effective. However, make sure to check the droplet size when looking at labels. The key to a good fogger is small droplet size, and many cheaper products may be labeled as foggers even though they produce larger, mist-like droplets.

Like any pesticide delivery system, foggers are safe when used properly and pose hazards when used improperly. But since the volume is so low in foggers, they are generally far safer than other methods like fumigation. The pesticides that touch insects kill them, but the leftovers in the air quickly become inert and are distributed far into the air, where they pose little risk to you or your family. One hazard to note is that thermal foggers do get quite hot as they burn fuel, so handle these systems with care and follow the manufacturer’s instructions.

Can I use a mosquito fogger around my kids and pets?

The risk of inhaling live pesticides is greatest immediately after dispersal, so we recommend keeping children and pets away from the treated area for 30-60 minutes. When fogging indoors, this period should be extended to three hours, and the home should be well-ventilated before reentry.

How fast do mosquito foggers work?

Since the mosquitoes do not have to eat anything or land on a particular surface for the fogger to work, it is an extremely fast method of pest control. Foggers can begin to work within minutes, and the area can stay clear of mosquitoes for several days after.

Will a Hot Shot aerosol fogger work on mosquitoes?

Theoretically the pesticides in a Hot Shot product could work on mosquitoes. However these products are not meant to work outdoors, so we don’t recommend trying to control mosquitoes this way. While it may kill some mosquitoes, it likely won’t work nearly as efficiently as a true ULV fogger.